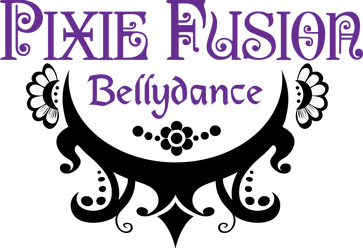 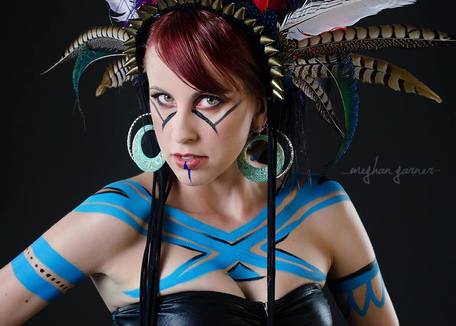 Rachel began belly dancing in the Fall of 2008 after dreaming of being a belly dancer since a small age.
She started classes the fall of 08 at the Dance Centre in College Station, Tx  with Victoria Teel (an award-winning Middle Eastern Dancer/Instructor/Choreographer who is featured in an instructional DVD by Cheeky Girls and tours as a member of the elite Belly Dance Superstars).

She had her first performance just months after beginning classes. She performed at Victoria's Fall 2008 Fundraiser Show and after her first performance she was hooked!
She began performing regularly with Victoria's classes in the local fall and spring belly dance shows the next few years.
In the Fall of 2010 She took her dancing to the next level and began teaching herself the tribal fusion style of belly dance. Her and a fellow dance mate choreographed and performed a tribal fusion duet in the 2010 Fall show. For the next year and a half she performed more fusion duets while performing regularly with Victoria's advanced class.
She also started taking more classes with local belly dance instructors Rosie Woodward, Meredith Steel and Dallas native Katamaya.
She began participating in workshops and learned much from renowned belly dancers such as Petite Jamilla, Zoe Jakes, Moria Chappell, and Amy Sigil.
In the fall of 2011 Rachel performed her first solo and was invited to join the local traditional belly dance troupe Brazos Raqs Ensemble. She first performed with them that fall in the show and at local events.

In 2012 She mentored under Victoria Teel and began taking over her classes at the Dance Centre while Victoria began her transition to being a full time member of the Belly Dance Superstars and moved to Washington DC to teach at Saffron Dance Studio.

Summer of 2012 Rachel started hosting regular belly dance shows at a local cafe/bar called Revolutions Cafe & Bar owned by Rola Cerone. She felt the need for all the local belly dancers to have a place to regularly perform in a casual atmosphere. Belly dance Nights at Revolution Cafe & Bar were born!

She was also a part of a local group of dancers that helped to form the community belly dance group Brazos Valley Belly Dance. This community is made up of members of troupes Daughters of Ara, Brazos Raqs Ensemble, TAMU Belly Dance, and solo performers.

In 2013 Rachel started teaching more classes in tribal fusion from her home.  Still performing as much as possible (she loves to dance!!) In the Fall of 2013 she joined the Tribal Fusion Belly Dance troupe Daughters of Ara.

Fall of 2014 her career took a new path when she began teaching beginner and intermediate belly dance at Texas A&M's Rec Center.

Then in the Summer of 2015 she became the artistic director for The Daughters of Ara after former leader Kayta moved to California.
She hopes to take Daughters of Ara to new levels in their dance abilities and travel.

There are so many dancers and dance styles (belly dance and other dance forms alike) that influence Rachel's dance path. At a young age she trained in ballet, jazz, and lyrical and these dance forms were some of the greatest influences.

She loves fusing any sort of dance with belly dance and loves Modern, Indian, ballet and even throws in heavy metal, dub step, and more. Her belief is that all music is meant to be danced to however you feel it.

She hopes to continue growing in dance learning from as many instructors as possible during her journey.
Belly Dance is not only good for your body but your soul. Though belly dance she has found art, friends, love, family and a business!
Feel free to contact Rachel in all things belly dance :)
Powered by